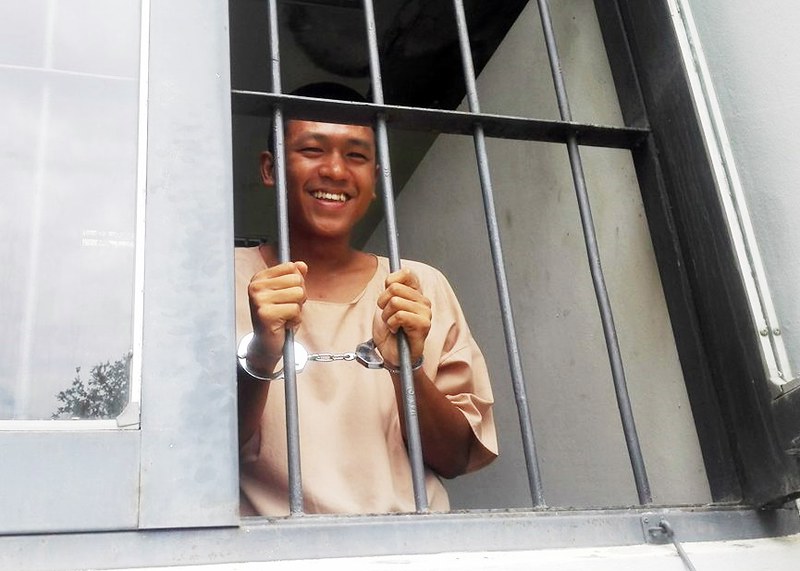 Thailand is in orbit of Bangkok, the pull of which is intense. The megacity draws in labour and resources and brain drains the rest of the country, while repressive governance and a reactionary culture of homogeneity is exported out. Thailand was never colonised by western powers, as such, Bangkok and the surrounding plains became a kind of imperial core of its own, expanding its reach into the distant rural regions on its fringes, which it has always ruled with an iron grip. Today, however, a new mass movement against Bangkok’s hegemony is rising from those far flung reaches. This movement is built on the concepts of decentralisation, self determination, ecological justice and anti-hierarchy.

Things began in 2004 with the Dao Din student group, a radical ecological education and action group, based on anarchist principles from Khon Kaen University in the rural Isaan region. Dao Din, which means star and soil, began when Isaan farmers struggling with environmental issues were put in touch with, and began having meetings with, sympathetic law students from Khon Kaen university.

Nice*, a senior Dao Din coordinator, told us, “It’s like a give and take. We give legal advice and aid to them, and our students get to practice and understand law. Isaan is an area rich in resources with a very rural population and the government targets our lands for extraction, it’s extremely harmful for local people. We’ve all experienced this when growing up. Everyone in Isaan knows this.”

It wasn’t until after the military coup of 2015 however that Dao Din’s movement really began to blossom. As Pang, a law student and Dao Din member told us, the group expanded its activities to protest the coup, “We started to make the connection between the political world and local agriculture. We started helping to organise protests and things like that”.

Over time Dao Din graduates went on to start countless other groups. Some were strictly protest groups, others focused on education, while many incorporate both. Local grassroots non-governmental organisations and community-based organisations were also founded, such as the Legal Center for Human Rights, which fights land rights cases for impoverished farmers. The political party The Commoner Party also grew out of this movement. All are based on the same core principles, as Nice told us, “We believe in a society of equals. We want to promote human rights, community rights and political and economic equality. We believe in real self determination.”

Thus, a huge network was gradually developed, with all the groups tightly intertwined with one another, fighting on many different fronts for the same larger cause, casually known as ‘The New Isaan Movement’. This network has also been one of the major forces behind the mass Thai Democracy Movement protests, which are organised by a large umbrella of protest groups, of which Isaan groups like Dao Din are allied to. These protests have taken place predominantly in Bangkok in the past year, with mostly young Isaaners travelling down to the capital from the provinces, bringing their fight right into the heart of the imperial core.

The Isaan region of northeastern Thailand is around the same size as England and Wales, and populated by around 20 million people. It’s the most rural and impoverished area of the country. Isaan people are predominantly of the Lao ethnic minority group, and Lao is the most commonly spoken language in Isaan. Many Isaaners are descendants of a mass forced population transfer by the Thai (then Siamese) state that took place in the 17th century. Ever since then most Isaaners have had an antagonistic relationship with Bangkok.

Nice tells us “Bangkok governance is certainly imperialist, they’re always trying to exploit our lands. They use our resources and labour to grow their own wealth in the capital and central plains. Furthermore they’re racist towards us, they look down on us, they think we’re stupid, uneducated peasants.”

For nearly a century, Thailand has struggled with the contradictions of retaining a powerful monarchy while attempting to transition to parliamentary democracy. Since the first general election in 1933 there have been 13 successful coups in the Kingdom, as well as numerous failed attempts. Much of this can be explained by Thailand’s geopolitical status as a western allied buffer state against communism during the 20th century, which saw NATO support a succession of oppressive military dictators who were determined to build a powerful centralised Thai ethnostate to combat the power of the country’s restless working class.

Isaan has taken the brunt of almost all protest movements and repression in modern Thai history. Notably, it was the stronghold of the communist (Maoist) insurgency that ran from the 1960s-80s. In the 2000s many Isaaners flooded the streets of Bangkok as part of the Red Shirt Movement, a large network of rural democracy protesters aligned with populist former Prime Minister Thaksin Shinawatra, who was ousted in a military coup.

Today Thailand is led by Prime Minister Chan O’Cha, a military general who took power in a coup in 2015 and went on to win the premiership in dubious elections held in 2019. Meanwhile, the Kingdom still lies in the shadow of the highly influential monarchy— the military and monarchy are often seen as two lungs of the same body.

Past protest movements in Thailand have been largely supported, but not led, by the people of Isaan, the communist insurgency was predominantly led by Bangkok educated intellectuals, while Thaksin Shinatwatra was a millionaire business tycoon from Chiang Mai. However today’s generation of Isaan activists are taking the lead in organising and developing their own political theories and practices to apply to their local conditions.

Despite their insistence that there are no individual leaders, Pai is widely considered the face of The New Isaan Movement. Known as a prolific organiser, Pai, a Khon Kaen native and Dao Din graduate, came to prominence during his many stints in prison. “I’ve been arrested so many times it would take too long to count” he tells us.

After spending two years in prison, Pai founded the well-known UNME Anarchist group, which organises political education camps and protests in step with The New Isaan Movement. “Actually I’m not a theory guy, but I think it [Anarchism] fits well for our movement” Pai, who is keenly inspired by Subcommandante Marcos and the EZLN, tells us. “We don’t want to seize the power of the state, we want to devolve power to local communities”.

Nice, who shares a similar political outlook, told us “We’ve developed our system step by step. For example, we studied the organising practices and tactics of both the Chinese Communist Revolution and the Hong Kong protests, developing and adapting them for our local context. But at our core we run a collective model. We live collectively, cook, eat, make decisions collectively, democratically”.

Other than their education programs, which are run in the more urban areas of Isaan, typically groups like UNME and Dao Din will have their members embedded in local communities, trying to address targeted social and ecological issues. Unlike the Communist Party of Thailand of the past, the vast majority of group members are from similar communities in Isaan, affording them a deeper connection to the locals and making their presence far less intrusive. Nice tells us “A small minority see us as troublemakers, usually they’re the entrenched local powers, like some conservative village leaders. “But everyone else is so welcoming to us, they open their houses to us and we live with them, we cook with them, eat, we work together.”

Other more traditional left wing groups do exist within the Kingdom, such as the strictly Marxist REDEM. Some of these groups have been skeptical of the Isaan movement’s tight alliance with the more liberal protest groups in Bangkok. Pai tells us “You have to understand, in my opinion, in Thailand, we’re very politically underdeveloped. We’re still fighting for some very basic rights, we don’t even have freedom to criticise the monarchy. We need to have some kind of democratic culture first, so that we can develop it further, it’s certainly a long process.”

This seems to be the movement’s tactical foundation regarding their national approach. Pang echoes a similar sentiment, “Right now we have tactical unity [with liberal groups], but of course there are things we disagree with, so we’re allied over national democracy [and removing the dictator], but if there’s anything we disagree with, we won’t join in with that.”

Tactically, this approach seems to be working—at least in regards to growing the influence and scale of the project. The New Isaan Movement relies on organising and politically empowering impoverished rural workers, igniting them through fighting battles against local grievances which, in turn, brings them into the political fold, which then becomes a larger progressive force to challenge the authority of the national government.

On what the next 10 years holds, Pai has no idea. “I don’t think like that, we’re working on liberation for right now. I dream of an Isaan where people have self determination over their own lives and take care of each other but the future is now, we can dream, but we’re working on changing lives in the now.”

Nice concludes our interview with an invitation, “I just want to say that we’re an open organisation, anyone can come and visit us at our house, our doors are open, at Baan Dao Din” [Dao Din’s headquarters in Khon Kaen which serves as both a home for activists and organising hub]. We made the house as a free space for speech, organising and to build a micro version of the society that we want to make a reality. It’s self-determined, liberated free Isaan territory and everyone’s welcome!”

*All names are nicknames and are not real given names.

All photos are provided by Dao Din. The first featured photo is of Pai at Khon Kaen Magistrates Court.

An ambitious, radical Green-Left Coalition has won Zagreb's elections. Here's how they did it.