Home » Uncategorised » Local Elections 2021 in the UK: Time to take the power back
Magazine 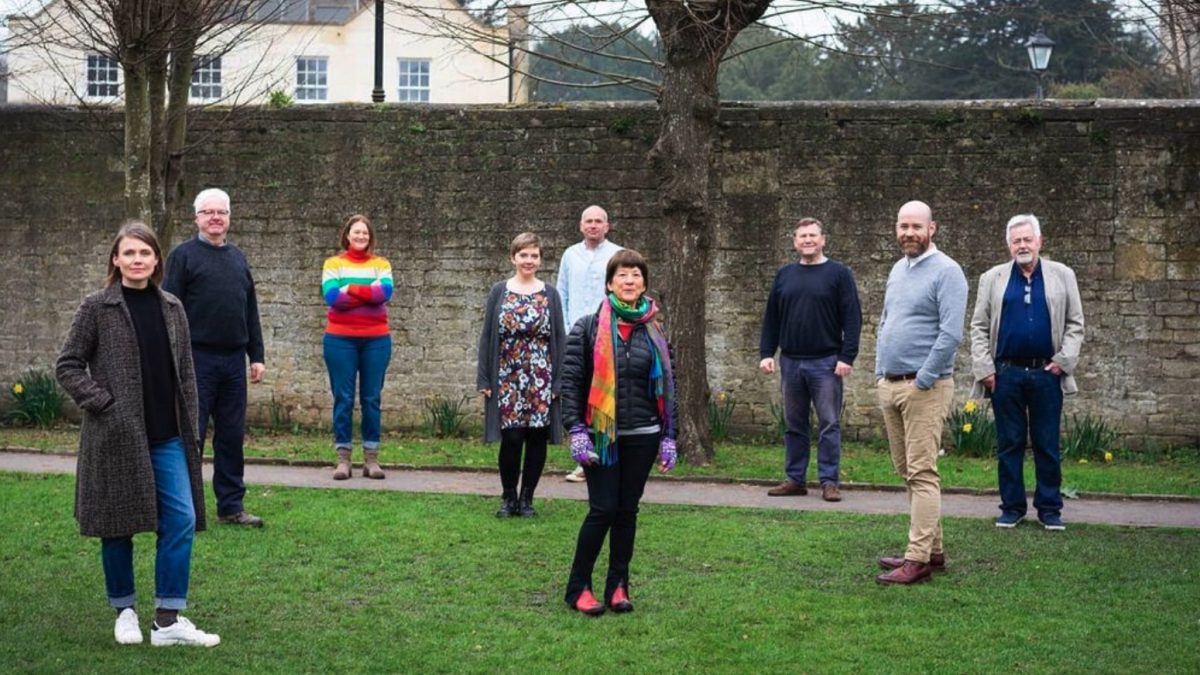 From Grimsby to the Isle of White, Bexhill to Bude, a revolution is brewing. Buoyed by the sense of ‘can do’ camaraderie that Covid-19 sparked in many communities last year, and by the trailblazing success of independent-run councils such as Frome in Somerset and Buckfastleigh in Devon, the independents are on the rise.

Today, Thursday 6 May, the UK goes to the polls, and the major political parties will wrestle for control of the larger councils across the country. In many places, the elections will return the same old faces to power and, for that community, nothing much will change. But, in a significant number of locations up and down the UK, there is a possibility that locals will wake up to a new kind of local politics – a council of independents who have shaken off the ideological shackles and vested interests of established political parties, and who have the power to implement real change.

“2020 showed us how strong we are locally when we work together. This year we have an opportunity to make our town even better, supported by a council that consults, listens and instinctively says ‘How can we help?’”
– Jackie Diffey, Bude-Stratton Community Alliance

Flatpack Democracy is a DIY method for communities to win back their council as non-party candidates, pioneered in Frome in 2011 and since then emulated by numerous constituencies across the UK.

For the last 12 months, the #Flatpack2021 campaign has been working to arm groups of independents with the tools they need to win elections, sweep their councils of party politics, and effectively meet the needs of their local communities.

Countless independent groups are following the lessons of Flatpack Democracy’s two books and standing for election on 6 May. The campaigns that #Flatpack2021 is closely involved with include the following candidacies.

Our Island – Isle of Wight: An organisation based solely upon the interests of the Isle of Wight and its people, promoted and realised by committed individuals working in a collaborative partnership. The group is fielding four candidates for the Unitary Authority and will be working alongside the Green party and several other independents. www.ourislandiw.com

United 4 East Marsh – Grimsby: Lee Coulbeck and Billy Dasein are standing as non-party candidates working together to take back power for their community, create a roadmap for change, and make up for the shortcomings of the existing council. Like Grimsby, Plymouth and Hull also have Flatpack candidates testing the water. www.united4eastmarsh.com

“It simply does not have to be this way. Most people are well aware of the issues they face, what they want is a clear plan of action to sort them out.”
– Lee Coulbeck

Bude-Stratton Community Alliance – Cornwall: Inspired by the qualities and strengths of the community’s response to Covid and operating on the principle that Bude needs councillors who support and represent the locale, the alliance is fielding a host of candidates representing diverse backgrounds and occupations. They include a plumber, teacher, baker, shopkeeper, writer, bar worker, project manager, artist, business owner, cook, charity founder, full-time parent, software developer, publisher, designer and shoemaker. www.bsca.uk

“I believe the council should seek out and support people who don’t normally have a voice, but who are directly affected by the council’s decisions. We’ve seen huge grass-roots achievements in places like Frome and Buckfastleigh and I feel Bude-Stratton Town Council could be just as forward thinking, creative, inclusive and free of party politics.”
– Rose Choules, hopeful Bude councillor

Change in Shotton Colliery – County Durham: A group of 15 residents (eight women  and seven men aged 36 to 76), tired of decades of mismanagement and lack of investment from their Labour council is standing on the promise of getting their village’s interests genuinely represented and acted on by the parish council. www.facebook.com/watch/ChangeinShottonColliery

The Haswells Community Party – County Durham: Having used Flatpack Democracy  as a guide to form their group before the local elections in 2017, the Haswells Community Party took all nine seats on the Haswell parish council and have been representing their community for the four years since. Throughout that time, they have reduced taxes and maintained a pledge to invest a third of their precept on community-engagement opportunities. They hope to continue this good work beyond 2021. www.thehaswellscommuni.wixsite.com/thcp

Open Hexham – Northumberland: On a mission to give Hexham a more positive, proactive and approachable town council, this nine-strong group (five men and four  women aged 26–70) is determined to harness community spirit, break the one-party  deadlock that Hexham has been in for years, and form a council that actively listens  to the needs and concerns of the town’s residents. www.openhexham.org.uk

Bexhill Together – East Sussex: Bexhill-on-Sea residents have been fighting for  the establishment of a town council for over a decade. In 2017, the Conservative-run  Rother District Council overruled a Community Governance Review in which 93.5%  of the over 9,000 who responded, wanted a town council, and rejected their wishes.  In response, the non-party-affiliated group Democracy4Bexhill put up a group of independent candidates at the next election. They swept the board, the Conservatives lost control of the district, and consequently, Bexhill will be holding  its first-ever town council elections on 6 May. Bexhill Together is a group of like minded residents fielding 13 candidates – including the chair of Democracy4Bexhill. www.bexhilltogether.com

Ideal Bradford – Wiltshire: Since becoming the majority group on Bradford-upon Avon’s town council at the 2017 elections, Ideal Bradford has significantly improved  the way the council runs, protected local green spaces and wildlife habitats, and set  up projects to improve the town’s sport and recreational facilities. By working closely with community groups, they have been able to launch and lead a much greater number of projects and initiatives than both national-party councillors and  unaffiliated independents. www.idealbradford.org

“It’s great to see all of these independents working together to run their councils. At parish, town and district level it’s not about how the government of the day is doing; it’s about keeping the libraries and sport facilities open, the holes in the road filled and a million other day-to-day things that make life better for the residents. To do that successfully you need to build a functioning community in which all the residents feel they have a stake.”

For more information about Flatpack Democracy, the #Flatpack2021 campaign, and  the groups setting out to change British politics from the ground up, visit www.flatpack2021.co.uk.