Home » Magazine » From municipal politics to municipalism in Lebanon
Magazine 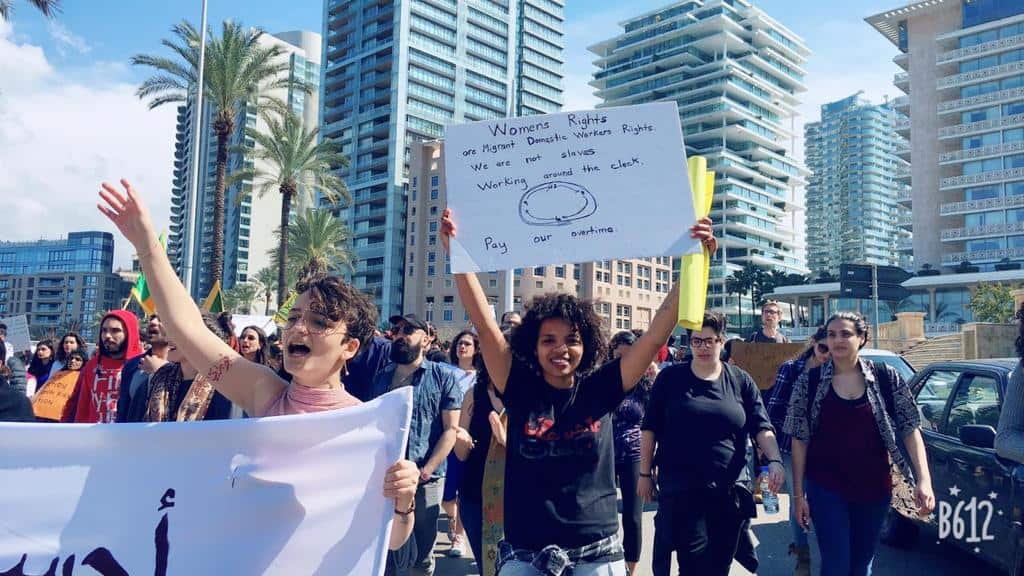 When speaking on municipalism in Lebanon, Beirut Madinati often comes to the fore as the model of grassroots organizing. Beirut Madinati came to fruition in the aftermath of mass protests against the garbage crisis of 2015 that saw the collapse of the waste management infrastructure at the hands of corrupt politicians. The campaign carried the calls of the You Stink protesters and established an electoral campaign to run in the municipal elections of 2016. The campaign was composed of academics, activists, and professionals who sought to unseat the entrenched municipal officials in Beirut.

While the campaign succeeded in energizing some voters, numerous challenges appeared that diminish voter turnout, leading to an upset for Beirut Madinati. The low voter turnout, the inability to garner broader support, and the ultimate loss in the elections highlights important conversations on distinguishing between municipalism and electoral politics in Lebanon. In the years since the Beirut Madinati campaign, Lebanon has seen an invigorated participation in civil society and grassroots organizing. Most notably, the October 17, 2019 uprising against increased taxation, prevailing corruption amongst Lebanese elite, and an impending economic crisis, has paved the way for the inclusion of municipalist efforts that has historically been reserved for the social and intellectual elite.

Beirut Madinati, the October Revolution, and the various struggles launched in its aftermath, has offered crucial insights into the strategies and organizing efforts of the most marginalized communities in Lebanon. In centering the strategies of groups such as migrant domestic workers, feminist organizers, and farmers, who work outside of the legal and political confines delineated by the Lebanese state, it becomes apparent that municipalism in Lebanon exists far away from international attention. In looking at the colonial legacies that construct the legal and political composition of the Lebanese state, turning to marginalized groups displays where municipalist efforts are located, and why we cannot rely on electoral politics in Lebanon.

Colonial Legacies: Moving Away From Electoral Politics as the Savior

While it is difficult to summarize the legacies of French and Ottoman colonialism and imperialism in Lebanon, a few key factors are important to note:

Given that municipal borders came to be designated by the religious makeup of each town, the Municipal Act of 1977 reproduced the same governing structure imposed by colonial governance. The Act also allowed for militia leaders from the Civil War to solidify their grasp on various regions throughout the country through municipalities. Here, electoral politics not only reproduce the power of the Lebanese state, but also immobilize radical change by confining people’s voting rights to their own religious sect and towns, regardless of where one currently resides. Because of these historical and legal circumstances, municipalist formations in Lebanon must come from organizing outside of the institutional system in place in the global south – or else it risks upholding the hegemonic governance that has failed residents of Lebanon.

The organizing efforts of Egna Legna, ‘an Ethiopian migrants group that advocates for domestic workers’ rights in Lebano’ founded by Banchi Yimer, is a perfect example of municipalism in Lebanon. Egna Legna mobilizes against the abuse and slavery like conditions of domestic workers in Lebanon as a part of the Kafala system, which ‘legally bind[s] a migrant workers immigration status to a contractual relationship to the employer’. This enshrines the ‘position of the employer as tyrant…where they can withhold salaries and inflict horrific abuses with no consequence.’ Egna Legna has created a community for migrant workers, offering legal consultations, shelters, financial assistance, design classes, as well as community events to create safe spaces for migrant workers to convene. In the aftermath of the Beirut explosion that destroyed much of the city, Egna Legna has been at the fore of organizing repatriation for Ethiopian domestic workers who were abandoned by their employers.

While combating the systemic issues of the Kafala system, Egna Legna organizes on a needs basis. Resisting the Kafala system includes means of bettering the daily lives of migrant workers in Lebanon by offering resources and workshops such as soap making and crafting accessories offer an alternative to the corrupt system. In this article, the activist Tsigereda says, ‘the aim is to teach migrant workers a trade on which they can make a living…[and] to provide them with an alternative to working under the Lebanese ‘kafala’ system’. The work of Egna Legna helps alleviate daily burdens while producing long-term networks of support, and ‘struggles that address everyday ways of sustaining life can build power in sustainable ways—rather than just relieving misery.’

While the Kafala system is long from being dismantled, as is the hegemonic Lebanese state, the efforts to modify and improve daily life by Egna Legna provides resources, space, and community to marginalized peoples in Lebanon. This is the most profound example of municipalism in Lebanon, because ‘under certain conditions, collective projects to reorganize how we meet our needs can provide alternatives more powerful than charity, communitarianism, and individual survival.’ The already marginalized and disenfranchised members of Lebanese society have produced an alternative political formation through which they can work against the power of the state to support one another.

The October 17th Revolution: The Furthering of Municipalism in Lebanon

The October Revolution has also paved the way to further distinguish between municipalist efforts and electoral politics in Lebanon. The ‘basis of an actual oppositional power’ has come through the rejection of any negotiations or elections led by entrenched politicians for the past year, especially after the explosion in Beirut. By shifting from exclusionary and xenophobic to inclusive language and by expanding solidarity beyond the confines of municipalities, the uprising has shifted the political landscape of Lebanon. This came at the hands of feminist organizers who shaped the messaging to incorporate class issues, struggles of migrants and refugees, and an anti-capitalist framework encouraged solidarity beyond specific places and spaces.

Politicians often deflect blame on Syrian and Palestinian refugees for the plight of Lebanon, however feminists mobilized the rejection of this divisive and xenophobic language by coming up with songs and chants to the tune of popular songs that reverberated throughout the country. The creative style of the songs did more than create a catchy melody—they shaped the messaging of the revolution that impacted responses to sectarian tensions. After an evening of confrontations in two neighborhoods: the Christian neighborhood of Ain el Remmaneh and the Shi’ite neighborhood of Chiyah, where the Civil War had started 45 years earlier, feminist groups called for a unity rally the following day. Thousands of women and feminist organizers marched through the neighborhoods, chanting and welcoming those from the other side of town, greeting them with flowers and applause. The success of feminists in resisting the threats of sectarian conflict at this protest inspired cross-municipal solidarity even further.

Protesters in various regions began cultivating cross-municipal/sectarian efforts, which displays how the feminist messaging echoed throughout the country. In Tripoli, north of Lebanon, protesters gathered in the square to discuss food insecurity and launched the Habaq Movement. Protesters reclaimed land in the north to begin growing fruits and vegetables for their communities. One activist states, ‘we don’t want to depend on the state anymore regarding… food sovereignty.’ Activists and farmers in Tripoli developed an alternative plan for food distribution. Since the Habaq Movement started in Tripoli, the movement has expanded to include different regions of Lebanon. One activist says, ‘I call a Beqaa resident and say: “I have radishes, what do you have? Do you want to trade?”‘ The goal of the initiative is to ‘focus on how to build a people’s network’, and the promotion of activities that create a sustainable local economy.

The camps set up in various squares throughout the country during the October Revolution allowed for an alternative means of enacting a shift in their day-to-day lives. This shift from defining proximity from that of municipal boundaries to one that entails mutual aid and sustenance marks the induction of municipalism on a broader scale in Lebanon.

A Global Municipalism: Understanding the Challenges of Municipalist Efforts in the Global South

Given the colonial legacies imposed by the French, Ottomans, and Lebanese Militia Leaders through the Act, electoral politics and municipalism must be separated in Lebanon. Alternative formations that rely on care, networking, mutual aid, and solidarity across municipal borders unsettle the very core of the governmentality of the Lebanese State. Beirut Madinati’s attempt at unseating longstanding political elites from the municipality of Beirut energized people to see possibilities for an alternative future. However, the Act and the political grip of sectarian order limit the potential for such a campaign to succeed.

From municipalist campaigns in the global north, we learn about the importance of confluences from Vicente Rubio-Pueyo which ‘pay attention to the process itself, allowing them to stay open and in touch with their surroundings, so that ordinary citizens who may want to join can do so at any time…it is about allowing for the possibility of the unexpected – the overflow.’ This logic of confluences should be applied to international networks of municipalism. If our ‘goals and outcomes’ are to radically reshape the ways in which self-reproduction and power is enacted from the ground up through municipalist networks, then bridging the gap between the global north and south should consider the political and structural limitations of those in the global south. We must look to marginalized groups organizing against the state and be more inclusive of initiatives that are in fact municipalist, but may not be labeled as such because of the political specificities of the global south.

This article is based on a long report about municipalism, also published by Minim, available here.

Dima is an NYC and Lebanon based activist, and a PhD Candidate at New York University in Middle Eastern and Islamic studies. Dima’s research focuses on municipal politics and municipalism in Lebanon, looking to the Lebanese Civil War of 1975-1990 to frame and understand the trajectory of municipalities.