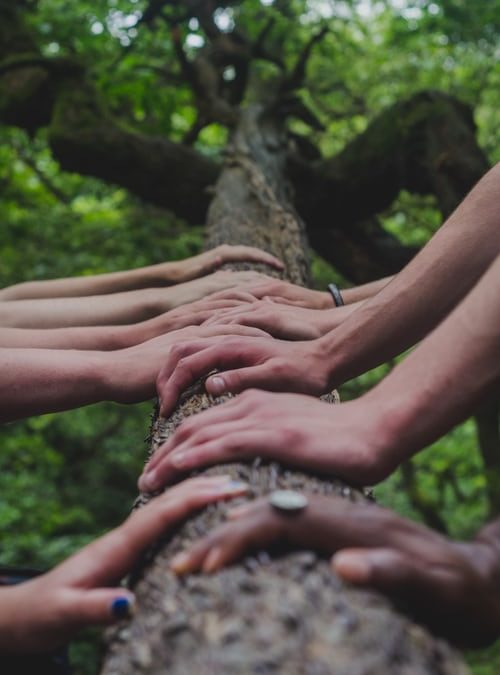 From health protocols and mobility restrictions (within and across borders) to interventionist economic and financial policies, the Covid-19 pandemic has prompted the strengthening of centralised, formal institutions – and of governments in particular. Yet in some cases, this centralising tendency has faced contestation, often mirroring the fault lines that lie at the heart of neo-liberal societies.

Where the intangible space of national and international politics has foregrounded securitising and exclusionary policies, the local dimension offers a privileged terrain for observing the emergence of alternative policies and practices – often arising due to the insufficiency of national responses. Indeed, the space of the local is both where the effects of the crisis have been displayed and where the different responses have been implemented, whether emerging from national or local institutions or from grassroots non-institutional initiatives. In some way, this is the very premise of municipalist discourse: the idea of measuring and responding locally, in a strategic way, to challenges that are intrinsically systemic and national, regional or even global.

Cities are in fact one of the key political terrains through which to understand the patterns of changes and continuity in the relationship and confrontation between institutional and non-institutional actors. Exploring the interaction between the pandemic and municipalism in Barcelona, Kate Shea Baird noted that “the pandemic and lockdown have put the politics of everyday life on the agenda around the world like never before. Public health and care work have been front and center, but issues like aging, housing inequality, mourning and funeral rites, food security, education, culture, transport, mental health and work-life balance have also generated broad public debate. These are all essentially municipalist — and feminist — concerns, since municipalism focuses on personal and community life.”

Important and interesting accounts of city-based responses to Covid-19 can be found anywhere in the world, from the UK to Latin America, from the US to Spain. As explained by John Krinsky and Hillary Caldwell, “networks have mobilized in ways that combine what geographer, Cindi Katz, has called the ‘three R’s’—resilience, reworking, and resistance. (…) These efforts are quite different from charity work: mutual aid both comes from the resources mustered by groups rooted in the communities they are otherwise organizing politically, and, at least in these times, feeds into this work. To be sure, this involves community-based nonprofits reworking their own institutions in order both to meet the immediate needs of their members and even just to show support to their members.”

The network Cuidados Madrid Centro (Central Madrid Care, CMC) is a paradigmatic example of the various informal organisations of mutual support, which have arisen in cities across the globe. CMC has been working in the central district of Madrid and has provided a wide array of services, such as collecting and distributing food, supplying medicines, making masks and giving legal counselling . Though informal and to a certain extent spontaneous, the network did not come out of nowhere: it is rather based on the existing social fabric of the centre of Madrid, whilst other people decided to join the network on an individual basis. Providing basic services to the community, CMC has de facto replaced certain aspects of the local government and its welfare policies. The municipality has been, in turn, accused of disengagement, as well as for an attempt to politically capitalise on citizens’ solidarity initiatives and even for imitating and competing with them.

From a municipalist perspective, the direct involvement of non-institutional actors in service provision – which significantly contributes to local governance besides formal task allocation  – is of the utmost importance, recalling the idea of a “municipalism beyond the town hall“. This common feature, shared by several initiatives across the world, is particularly interesting in a city like Madrid, which experienced a municipalist government until 2019.

The relationship between institutional and non-institutional actors in the city has at times been conflictive and bottom-up, grassroots initiatives have also been hindered by institutions. For example, in Barcelona, people were fined while distributing food across the city. In Delhi civil society organisations actively responded to widespread episodes of communal violence and repression, which characterised the early stages of the pandemic. In this context, they engaged in an open confrontation with institutional authorities. In other places, successful grassroots initiatives have risked becoming framed as traditional service providers to which the local state can outsource its responsibilities, as in the case of Birmingham’s solidarity kitchen.

Whatever the reaction of – and the relationship with – local authorities may be, a largely common feature of these practices is that they are grounded in, and grow out from, already-existing initiatives. In some cases, existing practices faced major challenges due to the crisis and disappeared, new actions were launched, and other initiatives merged. However, in all cases, mobilisation processes were hardly abrupt: they were rather connected, to a greater or lesser extent, with the existing social and political fabric of the city. This is at odds with the rhetoric, widespread at times, of pure ‘spontaneity’. Of course these initiatives are driven by a sense of solidarity, but this could often be acted upon due to pre-existing longer-term and deeper commitments. This reinforces the political essence of these processes, which tend to go much beyond ‘simple’ humanitarianism and instead focus on addressing root causes and power imbalances.

Undoubtedly, though, the intense focus on concrete relief and immediate actions has had some negative repercussions on the possibility of these practices having a broader systemic and political impact. This is the paradox – as noted by Angela Chukunzira – that successful practices and direct action can be an impediment to “a vision of radical transformation”. This leads us to an ever present challenge: what is the the possibility of sharing and replicating local, individual examples, whilst also affecting and involving other levels of governance, with a view to a systemic change?

In this framework, the connection with other political actors, parties and movements – or, more broadly, the political articulation of this process – remains a critical aspect which needs to be addressed more thoroughly. And it will probably be one of the key components of the post-emergency political debate, as move from providing direct responses and emergency relief on the ground towards the struggle for a deeper, systemic transformation.

This article is based on a report by the same author called “In the city, at the border. Movement and grassroots initiatives during the pandemic”, which can be found here.

Federico is an activist and scholar based in Messina, Italy.