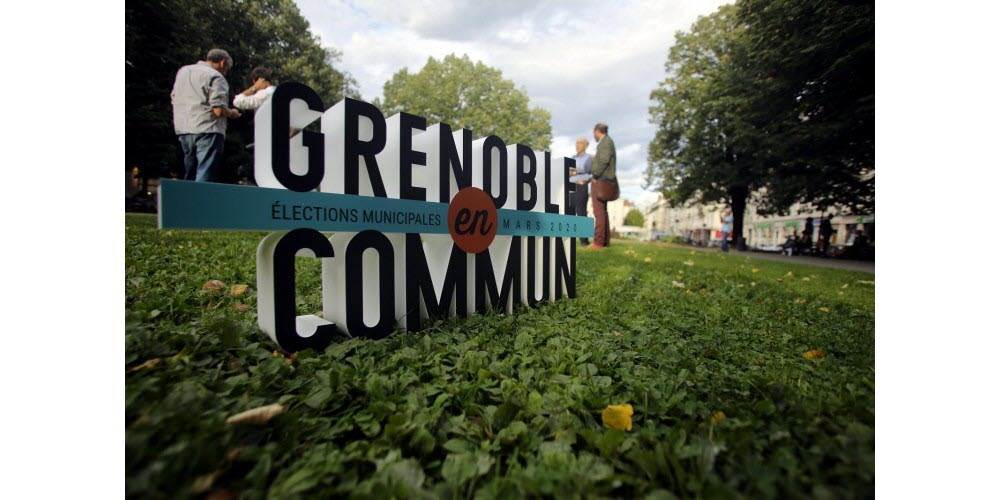 It is, and always has been, difficult to sum up a complex country like France in a few words. As De Gaulle once put it, “How is it possible for anyone to govern a nation that has 246 different kinds of cheese?”. At a time of transition towards new models of society that accept the planet’s limits as an unavoidable issue, France has seen only one serious electoral challenge to the status quo over recent years: the advance of the extreme right. And yet, in the second round of the recent municipal elections, we witnessed the possibility of a new kind of democratic, ecological citizen beginning to forge their way. Whilst the situation may be far from perfect, the results in June’s elections are nevertheless a step in the right direction.

Firstly in Paris, the incumbent socialist mayor Anne Hidalgo secured her candidacy for Paris en Commun, a party which, whilst more traditional than others of its kind, has a bold commitment to one of the most important aspects of the 21st Century city model: urban sustainable mobility.

More important still, green candidates made gains across the rest of France’s major cities, winning in Marseille (second largest city in the country), Lyon (third largest), Bordeaux (eighth largest) and Strasbourg (home to the European Parliament headquarters); as well as Nantes, Rennes, Nancy, Rouen… and close behind in second place in Lille and Toulouse.

Alongside this, and this is one of the most encouraging signs of all, over 400 towns and cities presented local electoral candidates that were independent from the larger parties and spearheaded by citizen-led movements. Inspired by radical democracy and citizen participation, they are driven by the same principles that motivated candidates from “Ciudades del Cambio” (Cities of Change) back in 2015 and 2019 across Barcelona, Coruña, Madrid, Cadiz, etc. Of the 410 citizens running for office, more than 80% won representation and 66 of those won the majority, thus securing the mayoral office for the next five years.

One other noteworthy point: five of the ten biggest cities in the country will have a woman as mayor, and 40% of electoral lists are now headed-up by women.

These facts all point towards an unprecedented political moment in France at a time of general disintegration of the welfare state across Europe, which is still emerging from a period of confinement due to COVID-19. The five points below attempt to work through this new situation.

A new way of organising: municipalism

The results in France demonstrate the importance of municipalism. Starting with their most immediate surroundings – and in a very human fashion – people have gathered around purpose rather than jargon, making room for ordinary citizens, social movements and all types of organisations. Feminism and respect for difference has helped to define the shape and internal mechanisms of this new way of organising, where basic services, citizen participation and ecological transition are the main issues.

The emergence of a new kind of local organisation, in which social movements and their counterparts lead alongside citizen candidates, beckons a new era of response to crisis that places the local firmly at the centre of political activity. As Grenoble En Commun, and the governments of cities like Barcelona, Amsterdam or Budapest have come together, they have served as an example, inspiring the many rural towns and cities in France that you can see in this map, with some significant successes.

Both local and global

France is at the geographical and political centre of western Europe: it maintains close links with many countries, connecting with both meditterranean and anglo-germanic descended nations. This fact, combined with a rich cultural diversity and heritage that continues to pose a challenge for racial justice in the country, means France has a key role to play in the construction of a new, alternative way for Europe.

In this sense, we can see how the experience of the Spanish local elections in 2015 inspired what is happening now in France, and, thanks to contact with BComu and other municipalist organisations, as well as work carried out by movements like Commonspolis and Utopia, it has been possible to adapt and translate learning from Spanish municipalism to the French context.

Safe to say that these results reflect a clear crisis of representation alongside growing support for ecological and social transition, the defense of the commons, the advance of the feminisation of politics and a significant increase in citizen-led movements with representation on electoral lists.

Against this backdrop of discontent with the democratic status quo, the convening of another Fearless Cities municipalist network meeting is more vital that ever: what better way of redefining institutional priorities than through local collaboration between populations to define the way we want to live: putting care, sustainability and direct democracy right at the heart of politics. So, let this progress in France serve as inspiration for the whole movement in Europe. Munciplise France, municipalise Europe!