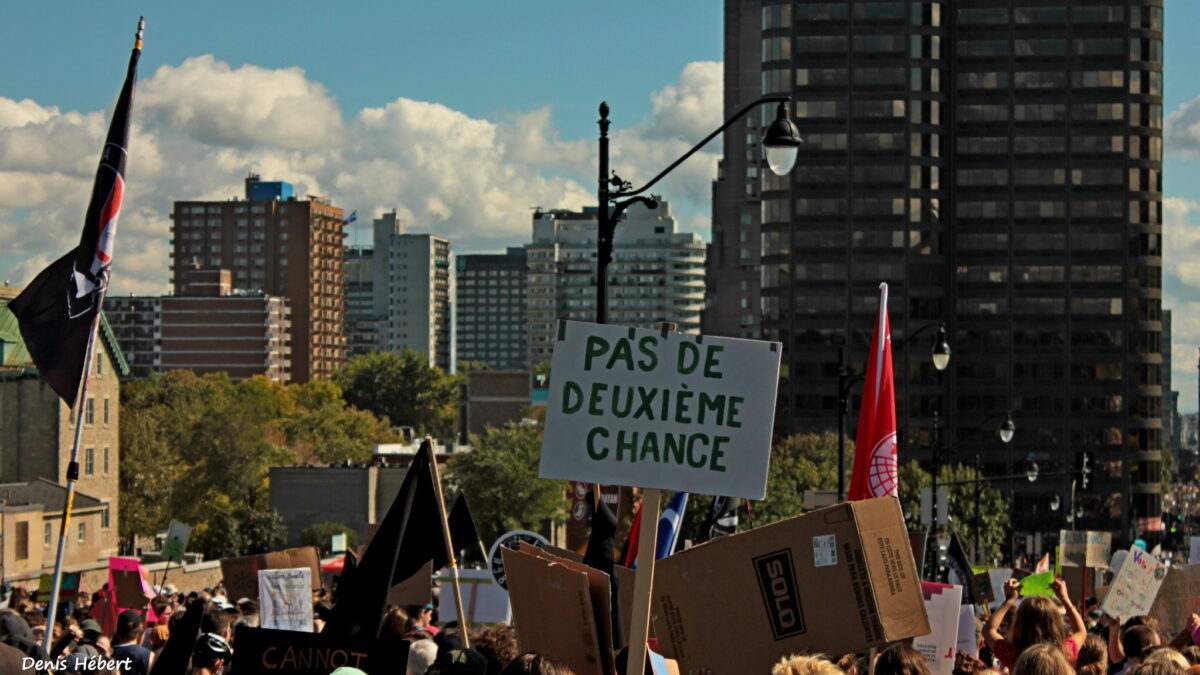 Municipal politics in Quebec is not generally considered a hub of left-wing and municipal politics on the international stage. Nevertheless, the municipal elections of November 7, 2021 brought a wind of change in several major cities in Canada’s important French-speaking province.

Quebec: between mobilization and depoliticization

Quebec is not just a French-speaking branch of Canada, but a distinct society with a rich history of social struggles and its own institutions. The importance of the trade-unionist, feminist, independentist and anti-capitalist movements since the Quiet Revolution of the 1960s and 1970s has given way to “new social movements” such as students, environmentalists and anti-racists struggles, which have been particularly combative in the last decade. The 2012 student strike that gave rise to the “Maple Spring”, and the September 27, 2019 climate march that brought together more than 500,000 people in Montreal (the largest climate justice march in the world), are a few signs of a particularly dynamic and mobilized civil society.

At the municipal level, however, it should be noted that progressive and environmentalist groups have had little or no representation until now. The absence of municipal political parties in most cities, as well as an essentially managerial and apolitical approach to local issues, has largely dominated this level of government in recent decades. Unlike most European countries, there was no left/right divide at the municipal level, with most of the debate centred on basic services such as roads construction, garbage collection, snow removal, and so on. One councillor of Gatineau—a city bordering the nation’s capital, Ottawa—Mike Duggan, even called himself an “asphaltist” to describe his vision of the municipality, which was to limit itself to the basic competencies of the municipality without interfering in social, economic and environmental affairs.

A wind of change is blowing across Quebec

Fortunately, a new generation of activists decided to take on municipal councils in the last elections of 2021, with victories in many cities and towns in Quebec. First, there was the re-election of Valérie Plante and her Projet Montréal party, which won the 2017 and 2021 elections with a centre-left environmentalist platform in Quebec’s largest metropolis of over 2 million people. Valérie Plante, a dynamic 46 year-old politician who worked mostly in community organizations, defeated her rival Denis Coderre, a career politician close to business, real estate developers and the automobile industry. The Plante administration does not have the same perspective of radical social transformation as the international municipalist movement, but they adopted important measures for public transit, bike paths, anti-racism struggle and social housing. Valérie Plante has relied on pragmatic management with a focus on sustainable urbanism, support for local initiatives, participatory budgets and a more progressive approach than her neoliberal rival.

While Valérie Plante was the only politician from a major city to focus on a project centred on the ecological transition, inclusion and participatory democracy before 2021, the last municipal elections were marked by the victory of many young people and women in five of Quebec’s largest cities: Catherine Fournier (29 years old) won the mayor’s office in Longueuil, Evelyne Beaudin (33 years old) won the city of Sherbrooke, Stéphane Boyer was elected as the youngest mayor of Laval (33 years old), and radical left-wing activist Jackie Smith, leader of the Transition Quebec party, was elected mayor in the conservative bastion of Quebec City. Hence, we can see the emergence of a new leadership of young progressive politicians, mostly female, which suggests a certain “feminization of politics” that may become more widespread in the coming years.

Nevertheless, municipal politics remains largely dominated by retired men with a certain financial security, with large citizen apathy marked by 614 unopposed elected mayors out of 1104 municipalities, and a voter turnout rate that is in free fall (notably in Montreal, with 34.8% while it was at 42.5% in 2017). This low level of voter turnout was probably caused by the fact that the Canadian federal election was held on September 25, 2021, just as the municipal campaign had begun. While the federal election returned Justin Trudeau’s Liberal party to power with near-identical results to the 2019 election, the municipal world gave way to greater renewal. In the face of the climate emergency and in the wake of the global COVID-19 pandemic, the dominant model of development centered on urban sprawl, the automobile and the capitalist economy is being further challenged.

The Green Wave, a municipalist network

One example is the arrival of the Green Wave at the municipal level (Vague écologiste au municipal), a municipalist-inspired initiative launched in early 2021 to create a network to stimulate the emergence of progressive, green candidates for the November 7 elections across Quebec. Out of more than 150 candidates who adhered to the Wave’s declaration of principles (focusing on ecology, social justice and participatory democracy), the network succeeded in getting more than 80 people elected in more than 57 municipalities and 13 regions in Quebec. Of this number, 8 of them were mayors, and this does not include all the potentially green candidates who have not yet joined the movement. Like the French municipal elections of 2020, we can therefore speak of a “green wave” in Quebec, with the significant arrival of new figures taking the climate crisis seriously and aspiring to make real changes to build more resilience at the local level.

This is not a “radical left” wave or a “municipalist movement” in the strict sense, but rather a new centre-left, environmentalist leadership at the municipal level, in contrast to the nationalist and conservative government of Premier François Legault at the provincial level in Quebec. As in many countries around the world, municipal politics and large cities appear to create a “critical mass” for progressive forces, while the divide between urban centers and the periphery is more conducive to the rise of conservative populisms at the national level, fuelled by fear-mongering against “mass immigration”, the “woke left” and Islam.

A window of opportunity for change

It is still too early to know what concrete impacts this new generation of local elected officials will have on the ecological transition, the strengthening of citizen participation and the reduction of social inequalities. That being said, several social movements are currently organizing, whether through initiatives such as The City is Ours! or Democratize Montreal, or the Green Wave at the municipal level, which could change shape in 2022 and become a platform to support local citizens and progressive forces. This network could be inspired by the Fréquence Commune solidarity cooperative, which was created following the victory of dozens of “participatory mayorships” in the French elections of 2020, with the objective of implementing municipalism through the creation of citizen assemblies.

Finally, the Quebec municipal elections of November 2021 represent a breakthrough of the ecological and left forces, which manifests a wider diffusion of municipalist ideas (in a reformist version), and especially the need to implement the social and ecological transition as quickly as possible at the local level. The creation of transnational solidarities with other municipalist initiatives in North America and Europe, as Quebec is at the crossroads of its two continents socially and culturally, would undoubtedly allow for exchanges between activist groups to “radicalize” a new generation of enthusiastic and optimistic elected officials, who will now be faced with the test of power. At this stage, social movements will need to organize in order to maintain pressure on institutions and demand the radical reforms necessary to face the great challenges of the 21st century. A window of opportunity is opening with this “green wave”, and it should not be allowed to close.

Summer of Fire: Municipalism and the George Floyd Uprising