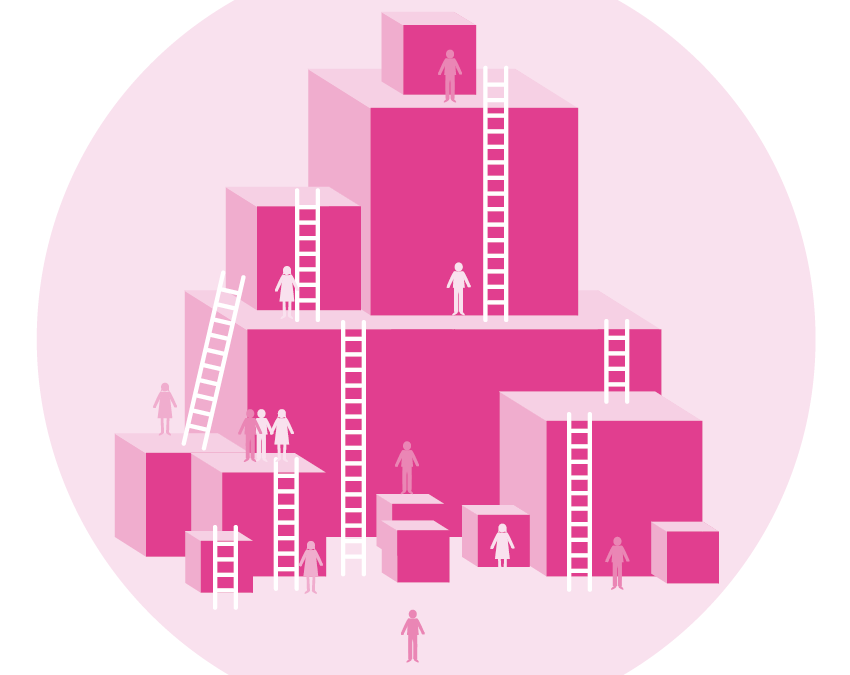 The writing of this piece was prompted by a recent article by Matthew Thompson: “The uses and abuses of municipalism on the British Left”. In his strident and finely written piece, Matt argues that the term “new municipalism” is too often conflated into general debates about progressive policies, and as such can be misinterpreted and abused. He suggests there is a danger that new municipalism could be too tied or interpreted as traditional Left municipalism – and as such could be – diluted co-opted and thus lose its power.

I welcome the debate Matt prompts, and respond that whilst there may be some misinterpretation from the academic or wider policy community as to what new municipalism conceptually is, the bigger issue is the need for a deeper and granular understanding of the political and economic context and practical policy environment. Moving forward, there is a need to build deeper coalitions, under a general suite of aligned movements which all seek to deepen democracy and deliver genuine economic, social and ecological justice.

To provide some context: it is now irrefutable that the Covid-19 pandemic has further revealed the distressed state of our local economies and the brittle condition of the local public sector, following decades of underinvestment and disrespect. Recent years have seen a growing awareness of the failures of the current economic model, with neoliberal capitalism beset with the compounding problems of inequality, ecological collapse and democracy in decay.

This new crisis has highlighted the flaws in our current political and economic settlement within parts of the UK pushing it to breaking point. The contradictions that were already manifest in the old system have now become intolerable. The precariousness of modern work, the eviscerated public sphere, the consequences of the limitless extraction of wealth from our communities and its redistribution upwards to the largest corporations and a tiny group of elites – all stand revealed in the light of the present emergency.

These multiple overlapping crises were present long before Covid-19 appeared. But this pandemic is doing what even the financial crisis of 2007-08 could not: it is necessitating fundamental changes in the social and economic organisation of our society. The actions we take now will have profound and lasting consequences – on how we live in communities and the terms within which we reach a new political-economic settlement.

New municipalism emerged as a response to the interlinked crises of neoliberal capitalism detailed above. And as many activists and academics involved with new municipalist movements understand, the approach is not just about implementing progressive policies, but is concerned with taking back power and, to varying degrees, using the levers of the local state to advance the cause of social and economic justice for all. From Preston and Barcelona, to Naples and Jackson, USA, the last decade has seen towns and cities undergo a reimagining of how we can make them, and their economies, work for local people and communities.

As Matt explains, new municipalism is not a mere re-invoking of Victorian municipalism, municipal socialism or old Left policies. Instead, at its core, the new municipalist project is deeply transformative, going beyond the traditional actions of the local state. New municipalism is committed to big shifts in how we think about power, decision-making and ownership in our societies. There is a recognition that such changes cannot be solely “delivered” by a government – whether centrally or locally – but require the development of new institutions and social arrangements that genuinely empower citizens. However, despite the deep civic and social activist roots to new municipalism, it is evident that existing local government can take important steps to help support and precipitate a societal shift.

In this, Matt’s central argument posits that some municipalist policy abuses new municipalism, in that it downplays or indeed omits the need for transformative popular politics. In response to this, I wish to make three points.

Protect what we have

In his article, Matt suggests that UK municipal socialism is guilty of saying far too little about the means to achieve social and economic justice, leaving this task to traditional municipal progressives characterised by Matt as the “privileged few”.

There is no doubt that there are too few progressive political leaders in the UK (especially in England) and this constitutes a weakness as regards the means of delivering new municipalism. However, those leaders are not abusing new municipalism. Instead, they are struggling to operate effectively in an unfavourable context, with all the practical difficulties of advancing progressive politics and activity in infertile and often hostile lands.

We must judge this moment correctly and calibrate accordingly. We are in a perilous and unfavourable time for progressive politics and traditional municipalism. In England and, to a lesser extent, elsewhere in UK, progressive policies are under significant threat. We must work from and hold onto what we have, no matter how imperfect.

Of course, conceptual strength and the ideal goal of new municipalism should never be weakened. But the means by which we tactically move towards that goal within a context laden with perils is of vital importance: we must not let perfection be the enemy of good. Instead of decrying the progressive politicians and administrations we have, we should embrace and support them, recognising their role as a secure working power base from which progressive policies and genuine grass roots activism can emerge.

Progressives and progressive ideas that are supportive and complimentary to new municipalism are everywhere, but lack support. The issue is the fertility of the conditions which could serve their amplification and growth. We must resist the temptation of a purity of concept which creates operational rigidity. Inclusivity and respect for bespoke circumstances need to be embraced. Indeed, what may outwardly be seen as politically mainstream may indeed be pedalling hard beneath the mainstream surface to be progressive. Many across the UK are struggling and making small practical wins.

As such, context and granularity of action are key. In his argument, Matt occasionally uses broad strokes to paint a picture whereby municipal socialism mimics and merely improves national statecraft at the local level, rather than reforming it. As a counter to this, the granular specificities of what is happening in Preston, Salford, Newham or North Ayrshire, need to be appreciated, as do the huge variations across the UK and devolved nations and regions.

Far from slotting into old pathways and behaviours, many are seeking to disrupt ingrained patterns of ownership, investment, wealth flows and democratic accountability. They are working to develop living experiments that could show a new way as to how things can be done, including deepening the politics of proximity and growing an alternative polity.

There has been a growth in citizen-led activity in the UK. This activism has many triggers and is driven by a range of motivations. Some seek to address the deep abiding range of injustices, and are mobilised under a mode of activism aligned to new municipalism through the expansion of the commons, with a goal to build a more co-operative, anti-racist, feminist, ecological solidarity economy.

However, some citizen-led activity in England is being embraced by neoliberal ideas and powerful political influencers who seek a very different economic and social settlement. Touted by Cameron’s Conservative led coalition government of 2010-2015, there is now a partial revival of his “big society” of communities, which advocates for communities and the community sector to play an ever increasing role in the delivery of public service, by-passing the state. Badged as a new ‘social contract’ or ‘social covenant’ this version of community power is about facilitating a process where the English state is hollowed out further, creating a low tax, low regulation society.

In a healthy democracy all citizen activism deserves respect, but let’s be clear, some political positions will use that for more reactionary ends. In an English context, this raises an important tactical positioning and calibration point for New Municipalists, and one which Matt gives too little consideration. To advance New Municipalism in England, we need to appreciate the real threats and pitfalls, especially when there is an active blurring of old right/left distinctions, and a politics that is laden with those who wish to co-opt progressive movements and ideas. New municipalism is a powerful positive force, but there is a need for careful consideration of any unintended consequences of what is criticised and who the movement could be accidentally allied too. The danger here is that any broad brush belittling of traditional municipalism, which offers citizen activism as the alternate, may inadvertently give sustenance and play into the hands of those seek a very different settlement between the citizens and the state.

Matt’s article opens a welcome and interesting debate. While I disagree with some of his interpretation, it has provided a much-needed opportunity to examine the differences of emphasis and approach in our shared new municipalist ambitions. Moving forward, the relationships between theory and practice must continue to grow and learn from each other, as this shapes ongoing strategy and tactics. Only through this continued dialogue and action, will we build true and enduring economic, social, and ecological justice for everyone.

For Amsterdam's experiment in new municipalism to succeed, it must put vague terms into practice