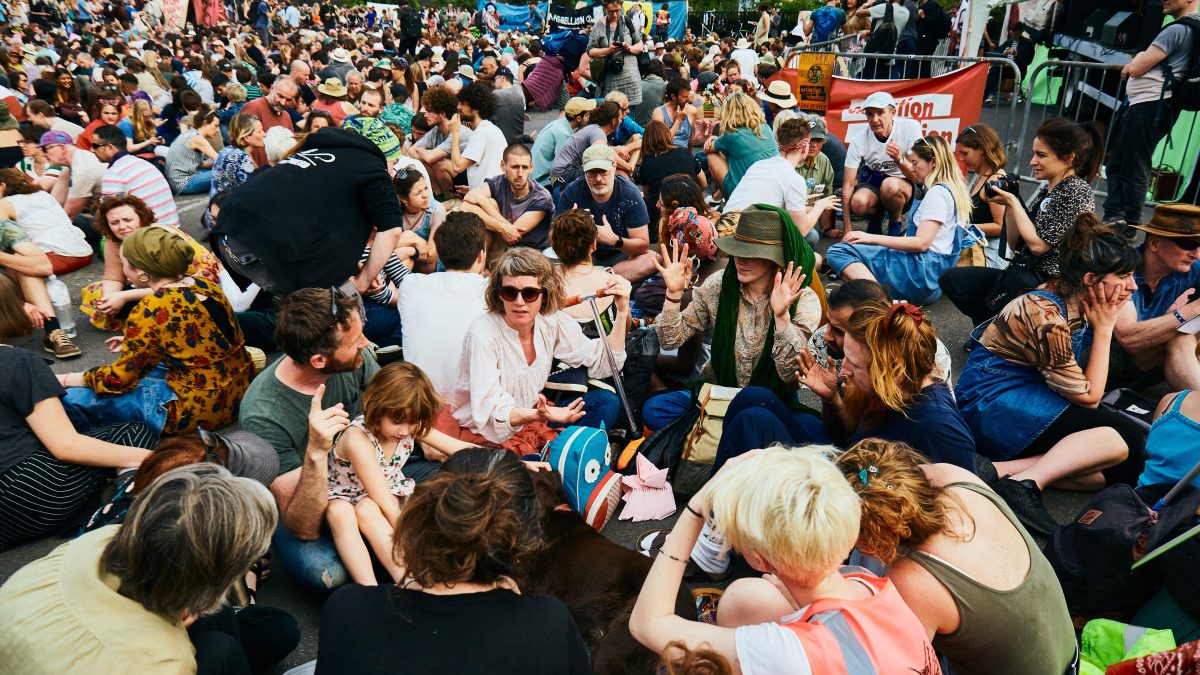 Covid-19 is producing real change. But what kind is up for grabs. This moment demands each of us think through what sort of world we want to live in and how to get there. For myself and many others in the UK, now is the time for building local democracy, local power and connected, organised communities. The mother of Covid-19, the ecological crisis, as well as its offspring – state authoritarianism and disaster capitalism – need a serious, organised people’s movement to resist them. For this, many more of us will have to rethink and remake the connection between ourselves, our community and our world. Fortunately, for all its terrible side effects, Covid-19 is also kickstarting this thinking.

The contagion has made many of us terrifyingly aware of our responsibility to a much larger, invisible and vulnerable community. Millions of us have locked ourselves inside, offered ourselves as volunteers and joined Mutual Aid groups. Covid-19 has made many of our hidden relationships of dependence suddenly visible. And we feel a new gratitude for them, clapping for our care workers and treating our supermarket staff with kindness and sympathy. Only 9% of the UK population wants to see a return to business as usual after this crisis. The rest of us need both a vision and a plan. New municipalism, a movement to democratically transform our lives, could help move all of this goodwill from momentary charity to systemic change. But how? Why now? And what kind of new municipalism do we need?

There are a number of factors that contribute to making some kind of new municipalist movement both viable and necessary. The most important is the profound unsettling of our life’s routines caused by Covid-19. There is a renewed awareness -a product of everyone being housebound perhaps- of the importance of our proximity to one another. The people around us are those we come to depend on in times of crisis. Neighbours who can pick up your shopping if you’re isolating, who will talk to you in the hallway if you live alone, are a lifeline for some. For others, it has been those institutions closest to us that have counted the most. Many councils, community groups and food suppliers have become necessary for a community’s survival. Unsurprisingly perhaps, the communities who have claimed their local state institutions as their own have been especially resilient in this time.

Take the town of Frome, reclaimed from unresponsive, elitist and factional councilors in 2011 to become, in many ways, a flagship democratic community in Britain. Frome’s town council has been central to the Covid-19 mutual aid effort in its town. Peter Macfadyen, author of Flatpack Democracy, Frome’s DIY guide to reclaiming local politics, explained to me how the council has been able to quickly coordinate the many different community groups in the town. Rather than controlling and stifling (as some report of other councils in the UK), Frome’s council has joined up the people already organising in the town, empowering people to support each other, rather than relying on a central institution. Many aren’t as lucky as the Frome lot. Most people in the UK will be asking serious questions of their locality: where is the council? Where are our own sources of strength? How could we become more resilient? 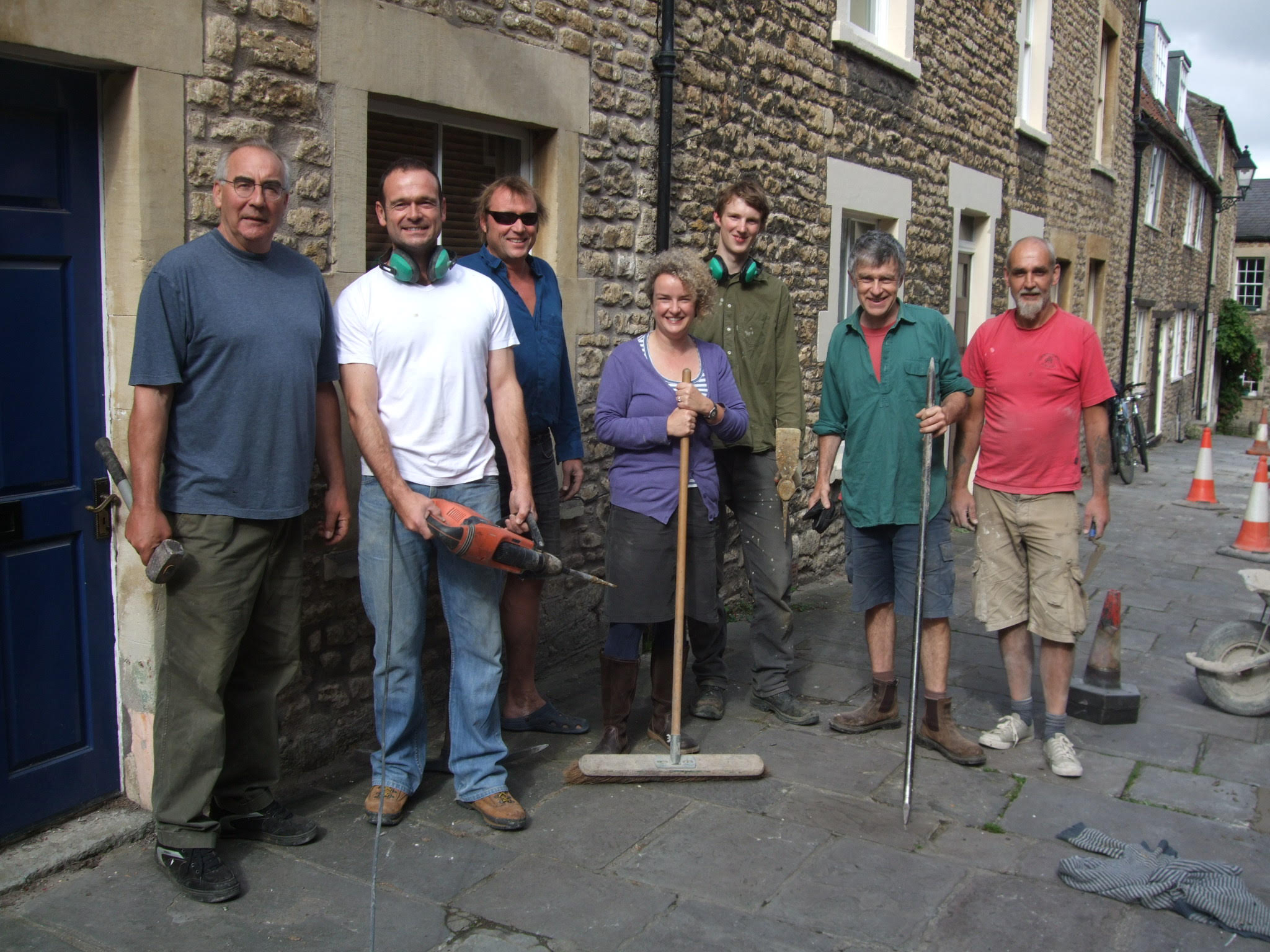 Frome’s new town council taking things into their own hands

Whilst Covid-19 has prepared the ground for the emergence of a new municipalist movement in the UK, a number of other factors were priming us for new municipalism before the pandemic. Notably, the dramatic end of the Corbyn project has left an army of newly politicised young people desperate for a way of doing politics that can genuinely offer systemic change. With the emergence of Forward Momentum, an initiative attempting to set a new agenda for the ‘Corbynite’ electoral vehicle Momentum, there are hints of a new municipalist shift. For instance they say, “we must organise in our communities, sustain social movements and harness the power of Labour councils and devolved governments.” Putting aside the party political allegiance, these are three important aspects of a new municipalism.

Nonetheless, disaffected by Momentum’s national bureaucracy and the prioritising of taking state power over the development of a wider movement repertoire, many supporters and potential activists -myself included- drifted towards Extinction Rebellion (XR), a civil disobedience movement advocating system change to avert climate and ecological collapse. But like Momentum, XR has had its own defeats. The 2019 ‘October Rebellion’, a mass occupation of central London, was much harder than the one before in April. In light of this and the Covid-19 crisis, XR have recently launched a project to support communities in building a base for powerful democratic counter-institutions to help us challenge the post-pandemic return to business as usual.

Whilst XR and Momentum have many differences, these are two large, well organised groups of progressive activists in the UK. It is entirely possible that they both cultivate the grassroots movements that could support serious new municipalist organising. This possibility raises the stakes. It makes thinking through what we want from ‘municipalism’ – and what we understand it to be – an urgent task. There are hundreds of different municipal movements around the world each different from the next. To win in the UK, we will need different strategies in different places, and to take stock of what’s working and what’s not.

The kinds of municipalism

Matthew Thompson, a municipalist researcher at the University of Liverpool, makes our job a bit easier. In a recent academic review he arrives at three distinct types of municipalism. The first he called ‘Platform Municipalism’, which he defines as “working in, against and beyond the state and platform capitalism via civil society mobilisation to establish new citizen platforms, often utilising digital platform technologies”. In the UK, the experience of Frome would fit most closely with this definition. Barcelona en Comu was Spain’s gleaming light for this kind of municipalism for years. To work, a popular movement, the Indignados, needed to prepare the way for reclaiming local power. Then, the manifesto could be genuinely democratic, decided in mass Peoples’ Assemblies and with online tools.

Frome is a smaller British version of this. And there are a further 120 independent councillors who have modelled their campaigns on Flatpack Democracy’s suggestions. In the 2019 elections 19 councils were entirely ‘reclaimed’ in the same way. What nominally ties these councillors together – despite the fact they have no shared affiliation – is a commitment to democratic politics, characterised by all of these new independent councilors choosing a vision and ‘ways of working’ over a manifesto, allowing them to constantly update their program based on the needs of their constituents. Some groups like Torridge Common Ground, are also using the Peoples’ Assembly model to build their local movement and policy.

Thompson’s second kind of municipalism is termed ‘Autonomist Municipalism’, defined as “aiming for a stateless polis of confederated cooperatives, communes and assemblies through collective self-organising, motivated by anti-statist struggles for bioregional and cultural self-determination”. Largely overlooked in the UK, this approach is more like the Rojava revolution in Kurdistan, Cooperation Jackson in the United States and perhaps La Zad in France. In the UK we have a thriving cooperative movement, crowned by the Transition Town movement, that is rich with experimentation in cooperative, local, communal organising. But unlike Rojava, Cooperation Jackson and La Zad, these quite easily co-exist with the state and the status quo. In comparison to other movements around the world, this wing of our movement is much less oppositional to the institutions of the state.

Lastly we have ‘Managed Municipalism’, defined as “aiming to retool the local state for the democratisation of urban economies through technocratic engineering”. The most famous British example is perhaps Preston in the North of England, who have a Community Wealth Building project which diverts municipal spending towards supporting the local and cooperative economy. And a number of London Boroughs, along with places such as Liverpool and North Ayrshire, are trying similar things. Yet whilst a recent report by the Centre for Local Economic Strategies celebrates Islington, Hackney and Camden for boosting their area’s growth, the municipalism they typify is qualitatively different to the experiences of Cooperation Jackson and Barcelona en Comu that are spoken of in the report’s introduction. Unlike Transition Towns, which are nominally looking to challenge a growth dependent consumer capitalism, these forms of ‘managed municipalist’ models are operating within it quite comfortably.

There are important themes emerging from this municipalist typology. The terrible triangle of ecological breakdown, disaster capitalism and state authoritarianism demand a new municipalist movement somewhere between the first and the second types described above. One of the most telling differences between these two and Managed Municipalism, is that the latter is commonly started by think tanks and professionals trying to ‘engage’ more people. This can create a specific dynamic, where people look to these classes for their sense of power and participation. This isn’t to throw Managed Municipalism out, or discredit it, but to suggest that local politicians committed to new municipalist approaches need to create the space for others to become powerful. They need to divert their energy to catalysing a broad movement and eventually relinquish control over it.

What’s more, it is clear from the history of local democratic experiments (See Deepening Democracy by Archon Fung and Erik Olin Wright) that a mass social movement, that is, groups of well connected, informed and active people who are prepared to protest and do direct action, are needed to keep these experiments accountable and prevent them from becoming co-opted. There is a golden moment in Reel News’s documentary on Cooperation Jackson that illustrates this point. Kali Akuno, one of the founders of the movement, reflects that they won their local election too soon. What they needed was a much stronger social movement behind them to resist the forces of big capital. He draws a conclusion which is invaluable to us: that “people believing that their agency actually counts and matters is more important than expedient victories”.

As others have shown, a new municipalist movement is one of the few viable routes towards ecological healing and away from collapse. As Covid-19 has shown, we are terrifyingly unprepared for climate and ecological collapse. Because of a new attention to what’s close to home, a new sense of local organising power and a realisation of our interdependence, Covid-19 has created the conditions from which a new municipalist movement could blossom in the UK. We should expect an unprecedented recession to follow, there will be an even stronger yearning for change than there is now. Meanwhile, young people everywhere are realising that they are inheriting a world destroying system. Progressives, activists and the formerly non-politicised will all have to think through both what kind of future they want to fight for and how.